LITCHFIELD — On a perfect late-spring morning Saturday, about 500 local elementary school students finished what they started back in April.

They did so on the track at Plumb Hill Playing Fields in the grand finale of Kids Marathon, a fitness program founded by former world class runner Rod Dixon in his native New Zealand in 1990.

Students from Litchfield, Warren, Morris, Goshen, Torrington, Sherman and Washington, along with many of their teachers, ran one mile to conclude the 26.2 mile journey they started in April. 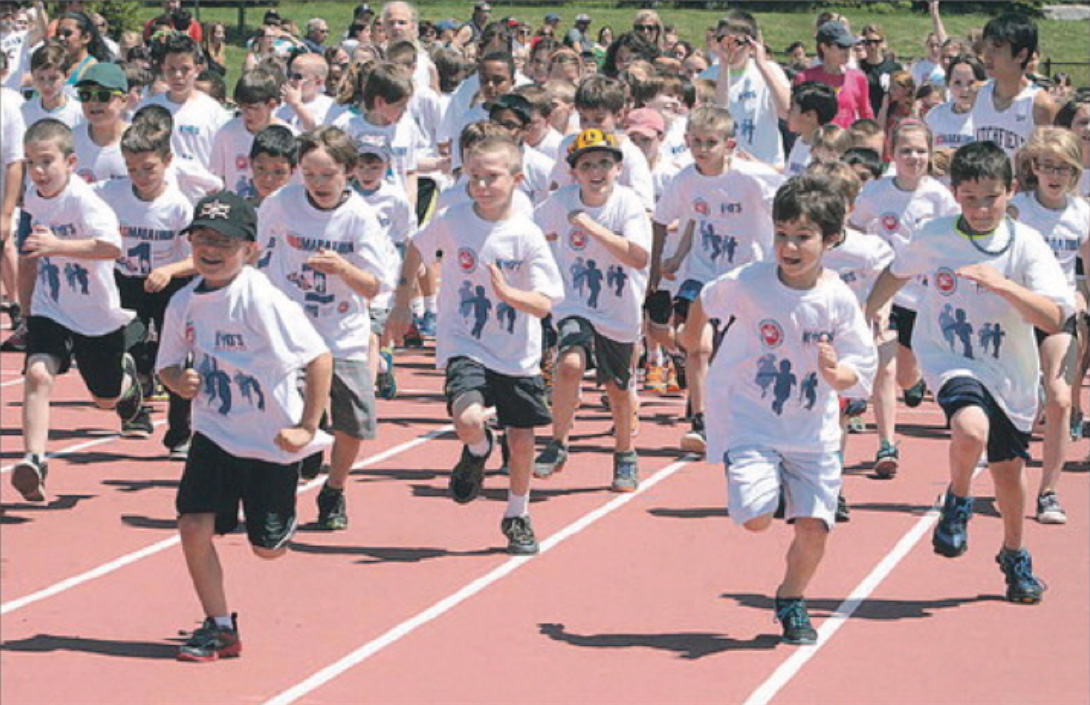 After finishing, each student received a medal and walked away with a feeling of satisfaction and, Dixon hopes, a foundation for a healthy lifestyle as they age.

“This is all about you today,” Dixon told the students as they gathered on the track to start the run. “Finishing is winning, and winning is finishing.”

Dixon brought Kids Marathon to Los Angeles, Calif., where he lives, in 1990 and grew the program to the point where 27,000 students participated in it this spring. Visiting runner friends in Litchfield in 2008, Dixon decided to launch an East Coast pilot program involving Litchfield schools.

A couple dozen students participated the first year and Dixon, with the help of Bill Burgess of Litchfield, began knocking on doors of schools across the state, as well as the office door of the Connecticut Association of Schools. Dixon and Burgess received a positive reception and Kids Marathon was on its way to being successful.

Not only do students run and record their distances with help from teachers, they also learn about the importance of proper nutrition through an instructional manual provided by Kids Marathon. This spring in Connecticut, 5,000 students participated.

Events similar to the one held in Litchfield on Saturday were held recently in Waterbury, Cheshire, Danbury and Norwalk.